March 23, 2016: A. Borrelli: Spirits and Pneumatics. The Interplay of Concepts and Instruments in the Early Modern Period 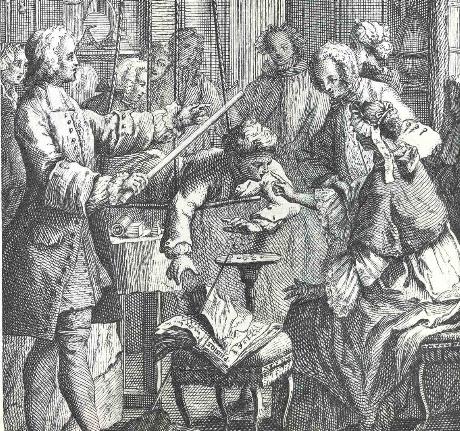 Spirits and Pneumatics. The Interplay of Concepts and Instruments in the Early Modern Period

Processes of concept formation and transformation have traditionally been among the core interests of historical epistemology. While initially concepts and conceptual change were regarded as issues pertaining exclusively to the history of scientific theories, from the 1970s onward the practical turn in the history and philosophy of science led to the recognition that experiments had an epistemic dynamics independent from that of theories, and that they can
also contribute in special ways to the emergence of new conceptual structures. However, a clear-cut distinction between a “theoretical” and a “experimental” contribution to concept formation is impossible in most actual case
studies, and in my presentation I shall like to discuss the complex interplay of theoretical and experimental practices in concept formation in the early modern period, and will do so by focussing on a case which to modern eyes may appear at first very little scientific, as it involves the notion of “spirit” and its possible connections with experiences in the realm of chymistry, optics and pneumatics.
A key aspect of early modern natural philosophy was the increase in the epistemic value attributed to empirical practices, and this development went hand in hand with attempts to systematically collect and connect experiences, both those long known and the ones produced more recently with the help of newly developed apparatuses. Yet experiences could only be collected and connected as far as they could be described, and descriptions often combined such different methods as traditional philosophical terms and conceptual templates, pictures and models of new apparatuses, numbers, or geometrical constructions. All these elements could become tools to conceptualize the empirically given, letting new epistemic objects emerge as discovered “phenomena”. In this context, some philosophical notions went on to figure prominently in new guise in modern science, like force, intensity, velocity or heat. Others did not, but were nonetheless highly fruitful heuristic and scientific concepts, and studying them is
not only necessary to reconstruct the whole picture of early modern investigation of nature, but also allows to gain
insights which complement those obtained by studying their more successful counterparts.
I shall discuss the example of notions of "spirit" as a middle and mediating instance between (material) body and (immaterial) soul, a concept which today would be regarded by most as non-scientific. The early modern concept of spirit built upon ancient and medieval notions from philosophy, theology and medicine which in the early modern period combined and resonated both with each other and with a growing body of experimental, mathematical and
representational practices. New and old phenomena could be thought of as giving access to a "spiritual" level manifesting itself in various material forms, while the notion of spirit provided a means to embed a broad range of observations into a single explanatory framework. In this two-way process knowledge was produced, and the scientific notion of spirit “materialized” in more than one sense.
In early modern chymistry, “spirits” and “essences” were distilled from material bodies, and the moving force with which heat endows air was understood in terms of a fiery spirit bringing life and, though the action of the sun, even giving rise to all phenomena of weather and climate. This conceptual scheme could in turn be extended to make sense of experiences made with the hydrodynamic, pneumatic and even optical apparatuses which were increasingly often featuring in the daily life of early modern towns.

The talk will be held in English.
Participation is strongly recommended to students of the Doctoral School in Philosophy and Human Sciences.