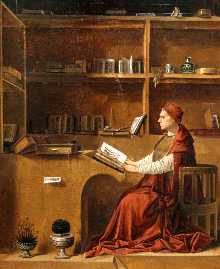 Abstract
Significant challenges confront the historian writing about the visual legacy of past medical, scientific, or technical activity, for we are always presented with what the art historian Martin Kemp describes as a “selective depiction of what is selectively perceived.”  Asking the question of how we might approach the rise of early modern illustration, my talk will be a case study of René Descartes’s Treatise on Man (1662/1664), focused on the original message of Descartes’s images of the human body and its parts, their function in his work, and the intention of their creators, who in the case of the Treatise on Man were Descartes’s editors.  Additional questions I will be asking include: What are the indications that a diagram is needed when only an author’s text is available?  When will a schematic diagram be enough and when is greater naturalistic detail to be preferred?  How do we choose between competing images associated with the same text?  Further, I will suggest that the appropriate language for historians to use when thinking about these questions well beyond Descartes’s work may well be that of Galen of Pergamon and the distinctions he and later anatomists (including Descartes), draw among historia, actio, and usus, all of which are technical terms that help us understand the competing interests and uses of visual culture in early modern medical, scientific, and technical activity.

Useful Descartes related texts in preparation for the talk:

The meeting will be held in English.

The cycle of seminars is aimed in particular at students of the masters's degree in Philosophical Sciences.