January 16, 2019: Workshop on Logic and Information 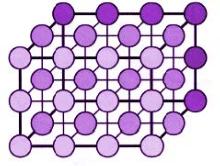 The Logic Group, Department of Philosophy, University of Milan, presents:

Workshop on Logic and Information

The interaction between Logic and Information is a recurrent theme. Since the early days, the correctness of logical inference in terms of information preservation, and its utility as information expansion tool has been questioned. The meaning of rules can be interpreted by looking at their informational import, and the aid to rationality of logical schemas can be explained in the same light. The extension of logical modelling from foundational issues to technological applications calls upon a continuous investigation of this relation. This one-day workshop includes three talks covering different areas of the interaction between logic and information: profling, design and rules.

The Logic Group, Department of Philosophy, University of Milan
http://www.filosofia.unimi.it/logic/

The Lecture will be held in English.Participation is strongly recommended to students of the Doctoral School in Philosophy and Human Sciences.Everyone interested is welcome to attend.