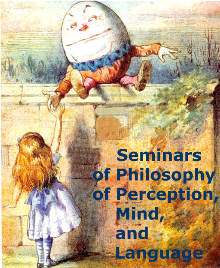 Seminars of Philosophy of Perception, Mind, and Language

Participation is strongly recommended to students of the Doctoral School in Philosophy and Human Sciences.