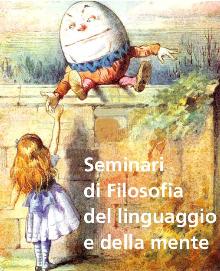 Seminars of Philosophy of Language and Mind

The talk will be held in English.

I try to demonstrate a possible contribution of philosophy to the sciences by exposing conceptual confusions in Libet’s empirical work on free will. The elimination of these confusions shows that his research failed to establish what he claimed it does. Libet measured patterns of electric potential in subjects’ brain while asking them to report when they became conscious of an urge or decision to perform a certain action. Relying on the results he concluded that the urge or decision does not affect the action, and hence that we have no free will. However, his research relies on a false picture of what free action involves. Libet thought that a free action should be caused by a mental event – an urge or decision – his model being something like the way one wheel in a mechanism moves another. However, this mechanical picture of the mental is not entailed by our criteria for classifying an action as voluntary, free or intentional. An action is voluntary if the agent would have done something else in the same circumstances had he been given a good reason for that, if he knew what he was doing, if he didn’t act under duress, and so on. Accordingly, Libet’s experiment was irrelevant to the question, whether the subjects acted voluntarily.